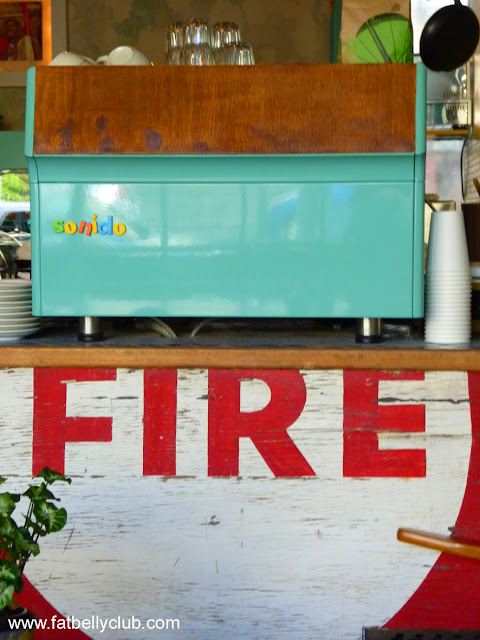 For me there are two types of great dining experiences. The first is where you go somewhere expecting great things and it achieves or exceeds your expectations. The second is when you go somewhere with no expectation, often for the sake of just having something to eat, but are completely blown away by the experience. Sonido, located in Melbourne’s funky but grungy suburb of Fitzroy, was one such place.
Mrs FBC and I were recently on a gastronomical holiday in Melbourne sampling some of the great food the city had to offer (look out for future blogs). Having arrived on Friday and eaten our way through to Sunday we decided it was time to give our stomachs a rest and instead do some visual eating at Melbourne’s Queen Vic Markets. On our last trip to Melbourne a friend of ours introduced us to Fitzroy and Mrs FBC and I immediately felt at home. So naturally this is where we stayed this time round. Come Sunday morning, and finding ourselves a little over indulged, we decided to walk to Queen Vic markets in an attempt to re-build our appetites. Of course, being a Sunday, we were in serious need of a good source of coffee and, having noted a few good venues on Gertrude St, we chose this as our route.
One thing you need to note about Melbourne is that Sundays can be little slow, and as it turned out most of the cafes we saw on Gertrude St were closed. Desperate for coffee, and of course a small amount of food, we happened upon a little unimposing café called Sonido. Sonido has the sort of grungy haphazard décor that only arts students or Europeans can pull off. Or in this case South Americans (and still possibly arts students). 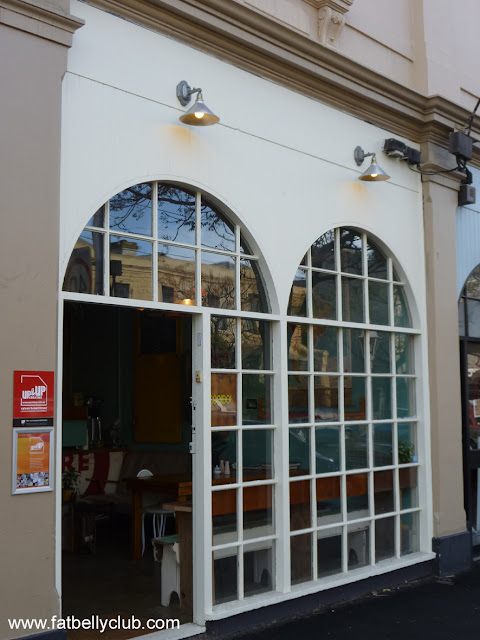 Sonido's unimposing entrance.
After waiting for table service for several minutes we decided that ordering at the counter was probably the way to go and helped ourselves to some menus. It was here that the pleasant surprises began. Rather than the typical collection of toast, scrambled eggs and, for the more adventurous cafes, eggs Benedict, we were intrigued to find a menu consisting mainly of Arepas and Empanadas. Now I know what you are saying, “I know what an empanada is, but what are arepas?” To quote directly from the menu,
“Considered the most typical food of northern South America, AREPAS are a daily ritual that has been practised for centuries. Maiz (corn) is one of the most beautiful gifts of the Americas (North, Central and South) to the world. The indigenous inhabitants of South America mastered the art of transforming maiz into simple, loyal and very healthy round goodies called Arepas!”
Having read this we both agreed that we wanted to try the daily ritual of South America. I ordered the Arepa de Choclo (no, it’s not chocolate) while Mrs FBC ordered the Arepa de Queso. 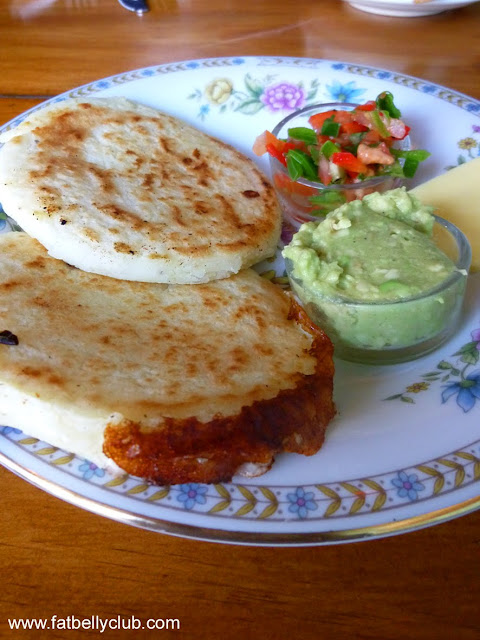 Arepa de Queso ($7.50)
The Arepa de Queso, or cheese arepa, had a recommendation to eat it with a “buttered knife in one hand and a salt shaker in the other”. This dish consisted of two cheese arepas served with fresh salsa, guacamole and a chunk of butter. Delicious and light, they were a great start to the morning (at least that’s what I thought from the small bite Mrs FBC allowed me to have) and were well accompanied by the salt and butter. 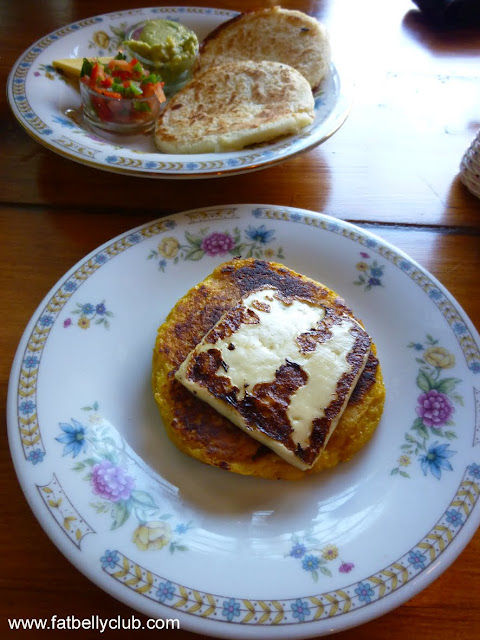 Arepa de Choclo ($7.50)
The arepa de choclo on the other hand was a heavier arepa made from gringo corn with a generous slice of Fresco cheese. And as it turns out this is exactly how I like my arepas. 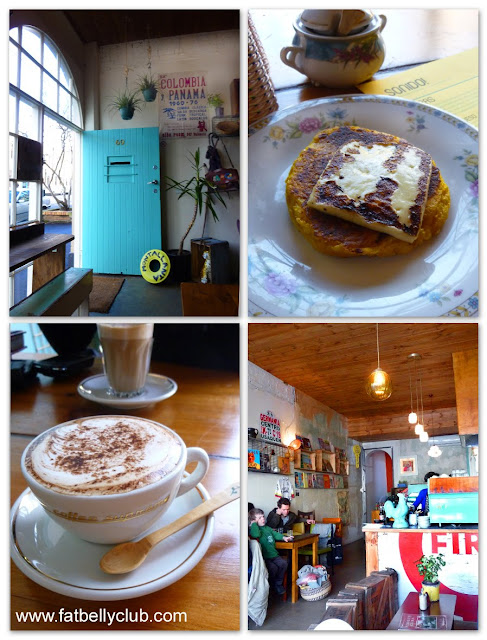 Mrs FBC and I both thoroughly enjoyed our arepas and to top it off the coffee was great. Our only regret was that we didn’t get to try any more of the menu. However, hopefully next time we return to Melbourne this little café will still be running strong and we can try the rest of the menu. 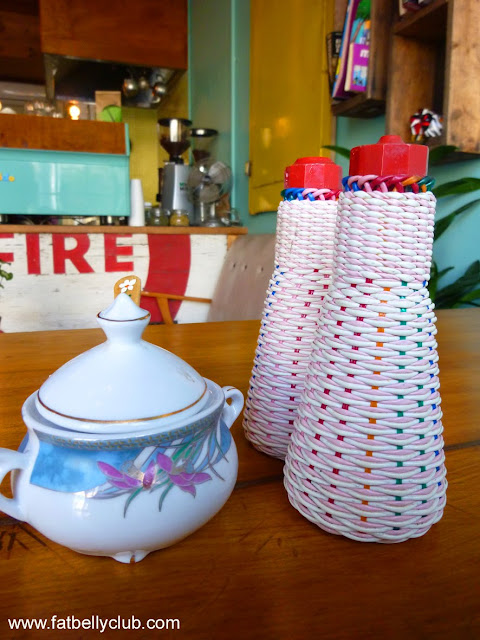 About Mr and Mrs FBC

Fat Belly Club
'The Fat Belly Club' was the term coined by a group of friends who were keen to try all the great food in Sydney. Mr and Mrs FBC are two food lovers who struggle to keep a trim waistline and can think of nothing better than urban hiking around Sydney (and the world) in the pursuit of delicious food. You can contact us at fatbellyclub@hotmail.com.au

Tools of the trade

All the better looking photos in this blog can be attributed to Mr FBC's Olympus E620 digital SLR camera. He's particularly enamoured with his new spanking 25mm 'pancake' lens (f2.8).

The dodgier photos in this blog are most likely taken with Mrs FBC's Panasonic Lumix (DMC-ZR1) compact digital camera or, in times of desperation, her IPHONE 3G.

People that actually read this blog?!